Racism: The Monkey On Our Backs 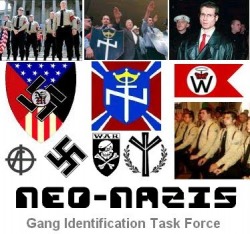 I came to Heathenry through Wicca: using it as a stepping-stone to better spiritual things for myself.  Being fully involved in it from 1993-98 it didn’t take long to realize society at large views Wiccans to a large degree as evil or Satanic.  There are indeed evil and/or Satanic groups within it; however as a whole Wicca is a very soft and gentle expression.  Yet the persistence of connotations of evil prevails in how they are viewed by society at large.  This is THEIR monkey on THEIR back: though to a certain extent Wiccans have successfully educated the public to the contrary.

Just as public suggestions of Satanism aligned with evil witchery exist and persist towards Wicca, so does racism persist in Heathenry/Asatru: this is OUR monkey on OUR back!  We, too, need to spend a goodly amount of time educating the public on our stand that Asatru/Heathenry is a culturally based, bonefide religious expression from the Northern European Tradition absent of racist anything.  In most every, if not every, religious expression there are extremists.  Sometimes it seems that the extreme minority give the sincere majority a bad name.  It will be no easy task to set this right; yet one that demands our constant attention.

There are those within the ranks of Heathenry who use our faith as a means to forward an archaic lifestyle; that is, to use the faith to forward their racist agenda.  Adolf Hitler and the Third Reich bastardized many things about the Northern European Tradition to justify the notion of Aryan superiority.  All one has to do is look back in history to see he was trying to recreate a Norse Empire using various tactics to do it.  Just as an example; he used several of the Runes to gain power in his effort to dominate Europe.  The swastika is a very powerful sun-wheel.  The Sowulo Rune, used in the SS, is a very powerful Rune to use in order to gain victory.  Much less to say he used portions of our lore to forward his own brand of racism and hate.

These same concepts are used to gather and protect white people together in prisons.  Many within the penal system are presented with a distorted view of what Heathenry/Asatru is meant to be.  There is nothing wrong with coming together under the banner of Heathenry; however, to use our faith to justify murders, racism and bigotry should tell you it will take a considerable amount of work to reclaim Heathenry in the form used in the outside world 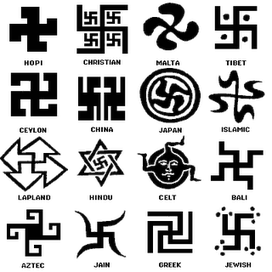 The Dilemma of the Swastika

In the aforementioned section you can see the swastika as it was used by the neo-nazi groups, which likewise was taken and horribly bastardized within the Nazi party of WWII.  Actually, we know the swastika has a long and proud history that predates any use of it by the Nazis.  Historically, it has been used by many cultures of the past as a symbol for good.  Below, one would do well to take note of the various cultures and ways the swastika has been used other than a political symbol for evil.

History of the Swastika
http://history1900s.about.com/cs/swastika/a/swastikahistory.htm

The Swastika Symbol in Buddhism http://www.religionfacts.com/buddhism/symbols/swastika.htm

The Swastika Symbol in Hinduism http://www.religionfacts.com/hinduism/symbols/swastika.htm

Swastika - Hints and Signposts to the Origin of Mankind
http://www.swastika-info.com/en/startpage.php

Hopefully by now you're getting the picture.  The swastika, while bastardized by the Nazi Party, does not solely hold a claim to it.  Yes, modern society sees the swastika as a negative image, yet historically and culturally we now know that such is not the case.  To leave the swastika as such a subject of scorn would be a disservice to this great symbol.  With proper education of the masses we can take the negative image and turn it into what it is mean to be; that is, of a glorious symbol of hope and awareness. 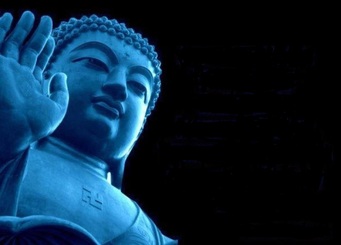 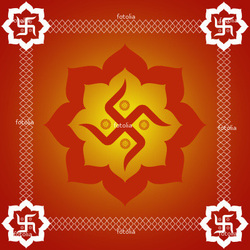 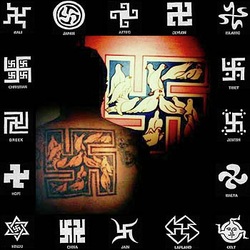 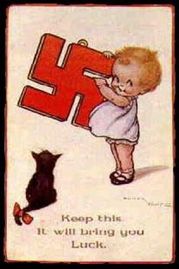 Haus Rheinwood totally rejects any notion of racism, superiority or hate.  WE DO NOT DO 14/88 ANYTHING!  We are indeed a group of Heathens against hate.  We read the Eddas and the Sagas.  We live by the Nine Noble Virtues and/or the Vanic Virtues.  We are our deeds.  However, don’t take us lightly.  We will protect what is ours and we will stand up for what is right.  We will protect our Heathen Ways from abuse from those who are outside our Way and may not fully understand it.  We do not need to shore up our beliefs by borrowing from others and we expect the same in return.

Our Heathen Way is complete within itself.  We have no interest in hate, racism or borrowers of our faith.