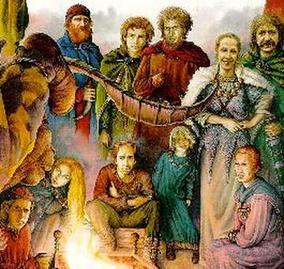 Perhaps due to the Christianization of society the word “Heathen” has never been well accepted in the US.  In the Bible, Heathens and/or those not of Judaism, the subsequent Christian faith or Islam, are looked upon with a certain amount of disdain.  In other places of Europe where Christianity is not as prevalent, the term "Heathen" has retained its meaning in the pre-Christian sense.

During my time at an Phillips Theological Seminary, Maters in Divinity in Tulsa, Oklahoma a very wise senior class-person gave me an excellent view on the term Heathen.  Understand this person was a Wiccan woman who was my go-to person because while this seminary was open-minded it was still a Christian seminary.  Pagans and Heathens of any stripe stuck closely together.  What she suggested to me was that the terms Pagan and Heathen mean the same thing they represent a different cultural experience: AND THE LIGHT WENT ON!  Yes, they both mean someone or something separated from society, or a person of the country; yet one is more from the British Isles (Pagan) and one more Northern European (Heathen).  Both are Germanic peoples, yes, but there are differences in how the cultures deal with it.

Those of Heathen belief prefer in many circumstances to call themselves Heathen rather than Pagan though some do refer to themselves as Norse Pagan.  The world has become so indoctrinated to the term Pagan that anyone who is referred to as Pagan is more times than not lumped into the same kettle as Wiccans.  As Heathens we try to separate ourselves because we have little or nothing in common with Wiccans as a belief system.  This is not meant to offend; rather, to educate.